A PARTNERSHIP FOR SUCCESS

They cover the coast from the Outer Banks to Cape Fear, but the four North Carolina Aquarium facilities at Fort Fisher, Pine Knoll Shores, Roanoke Island and Jennette’s Pier are important statewide. All rank among the state’s twenty most-visited attractions, and their combined annual visitation of over 1.3 million tops the list. They are valuable assets to the state for their broad educational impact, their work as environmental stewards, and their significant role in driving the state’s $20-plus billion tourism economy. Their perennial popularity makes them valuable assets for visiting families, school students and teachers, and communities across the state.
Founded in 1976, the Aquariums are an agency of the state’s Department of Natural and Cultural Resources. They have been accredited by the Association of Zoos and Aquariums since 1990, demonstrating their commitment to the highest standards of animal care, visitor and employee safety, educational effectiveness, and environmental conservation. The Aquariums’ mission is to inspire appreciation and conservation of our aquatic environments.
In 1986, the North Carolina Aquarium Society was formed as a nonprofit (501c3) support organization to assist the Aquariums in the fulfillment of their mission. Through a Memorandum of Agreement with NCDNCR, the Society partners with the Aquariums to raise private funds to make them better—by supporting their priorities of new exhibits, animals, education programs and conservation initiatives.
The Society is led by a 45-member, statewide Board of Directors. An updated Board roster is posted on this website.
The Society generates revenue from gift shops, membership, and concessions, and also focuses on grant acquisition and private fundraising. These efforts enable the Society to work closely with Aquarium leaders to plan new projects, exhibits and programs that otherwise might not be possible with limited state funds
Visitors enjoy the Aquariums’ gift shops and concessions— critically important components of the overall guest experience. Operated by the Society, they represent the effective working partnership found within each facility. Proceeds help purchase new animals, develop new displays, fund conservation programs and other needs. Gross gift shop sales in 2018 topped $5 million.
Membership is another important element of the Society’s partnership with the Aquariums. Over 60,000 members (more than 21,000 households) support the Aquariums and receive free admission, discounts on programs and purchases, reciprocity with other U.S. zoos and aquariums and other benefits. Membership revenues top $1.7 million annually. Annual family memberships are $89.


“Supporting the Aquarium is good business — it helps drive the local economy, and our Business Membership offers something special for our employees and their families.”Dean Wagaman, Kurtis Chevrolet, Morehead City, NC.

Over the last three decades the Aquarium Society has helped raise millions for the Aquariums through private contributions in support of four separate capital campaigns—one for major expansion and renovation of each of the Aquariums and the construction of Jennette’s Pier. Roanoke Island was renovated in 2000, Fort Fisher in 2002, and Pine Knoll Shores in 2006. Each of these projects more than doubled the size of the facilities, adding exciting new displays and exhibit animals like large sharks, jellies, river otters and alligators. The public response was overwhelming, with large increases in visitation and numerous accolades for the facilities and staff. Today, the Aquariums are still crowd favorites—USA Today’s 2019 Reader’s Poll ranked the NC Aquariums as #7 in their list of public aquariums in the U.S.
For the 2006 renovation at Pine Knoll Shores, the Aquarium Society did more than just acquire private donations. Because the state appropriation to expand the Aquarium was swept away in the aftermath of Hurricane Floyd in 1999, the Society stepped in to rescue the project by obtaining a ground lease on the property and borrowing $27 million in bonds. The Society then built the 93,000 square-foot facility and returned ownership to the state. This non-conventional strategy allowed the project to move forward to the delight of more than one million visitors who toured in the first two years of operation. Innovation has always been a strength for the Aquarium Society and its Board.
That same kind of vision was applied in the Society’s acquisition of the Jennette’s Pier property in Nags Head in 2002. Jennette’s, a historic landmark originally built in 1939, was the oldest fishing pier on the Outer Banks. It appeared destined for demolition and condo development when Society and state leaders stepped in to save it. Plans were developed for its reconstruction as a state-of-the-art, 1000-foot long, concrete pier that would focus on public education and become the fourth Aquarium facility. In another unique partnership that involved Society, state and local leaders, the $27 million pier was rebuilt and reopened in May 2011. Today, the Pier is a landmark destination on the Outer Banks
With Aquarium Society support, the three Aquariums and Jennette’s Pier continue planning and design for the next rounds of new exhibits and features at each location. Seasonal displays like Dinosaurs! and other improvements are routinely funded with Society funding. In 2016, $5.5 million in Society support helped fund gallery renovations at the Roanoke Island Aquarium, including the addition of the 3,000 square-foot S.T.A.R. Center (Sea Turtle Assistance & Research). This award-winning feature provides space for staff and volunteers to rehabilitate injured and stranded endangered sea turtles. Most recently, through private sponsorship, the Society has funded Otters on the Edge, a new exhibit of Asian small-clawed otters scheduled for completion at the Fort Fisher Aquarium in 2020. These projects are all made possible with support from the Society.
Conservation and research are also important to the Aquariums’ mission. Since 2016 the Aquariums’ conservation initiatives have been growing, in large part due to private fundraising supported by a wide variety of Society donors. These funds have supported a number of important efforts, including sea turtle rescue and recovery, the study of shark habitats off the N.C. coast, lionfish eradication, marine mammal stranding management, endangered gopher frog propagation, and focused studies on a number of other related aquatic topics
The Aquarium Society is proud of its history of support, financial transparency and fiscal stewardship. It makes its privacy policy, audited financial statements, IRS Form 990, Board of Directors’ roster, and key personnel listing available to the public at its website, www.ncaquariumsociety.com. The Society page is also found through the Aquariums’ state-managed sites: www.ncaquariums.com and www.jennettespier.net. The Society’s financial position is also reflected in ratings from www.charitynavigator.org, where nonprofits around the U.S. are tracked and compared.
Marketing efforts by the Aquarium Society and its partners at Sally Johns Design and Igoe Creative have been recognized with numerous awards over the years, including those from ADDY, PR Daily, Communication Arts, and the prestigious Davey Award. Each year the Society produces an Annual Review, highlighting programs, events, conservation initiatives, major gifts, donor lists and financial records. The most recent edition of the Annual Review is linked on this page.
The Aquariums’ enduring success is aided by a dedicated staff, broad support from state leaders, dedicated members, donors and visitors, and private funding made available through the Aquarium Society. Those private dollars are now more important than ever, as state appropriations for the Aquariums have shrunk some 35% in recent years. The Society’s enthusiastic base of members, donors and exhibit sponsors are passionate about their Aquariums—and that passion is the key for the Aquariums’ future.
For more information about the North Carolina Aquariums or the Aquarium Society, visit www.ncaquariums.com and www.ncaquariumsociety.com. 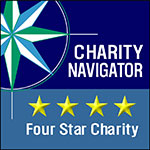 The NC Aquarium Society is a 501c3 charitable organization (Tax ID# 56-1512990) and receives all gifts on behalf of the NC Aquariums and Jennette’s Pier.
The NC Aquariums are a division of the North Carolina Department of Natural and Cultural Resources and are accredited by the Association of Zoos and Aquariums.